Lucid Software’s existing knowledge-base solution wasn’t fulfilling the needs of every team within the organization. Teams like Data Science and Analytics had trouble getting employees to create documentation and keep it up to date. Lucid Software needed a way to get employee buy-in without causing roadblocks between other teams still using their existing solution.

Slab is easy to implement — and integrates with virtually every workflow. Its user-friendly content editor and simple interface made it easy to adapt across multiple teams, streamlining the documentation process.

Lucid Software is the company behind two popular products that bring big ideas to life: Lucidchart and Lucidpress. Lucidchart is a visual workspace that combines diagramming, data visualization, and collaboration to accelerate understanding and drive innovation, while Lucidpress is an intuitive brand templating platform that empowers anyone to easily create on-brand materials.

It’s only natural, then, that the team behind Lucid Software found its way to Slab. And while several teams now create and house their most critical documents in Slab, Vasu Chetty was its earliest adopter.

For Vasu, the Principal Data Scientist at Lucid Software, documentation has always been an integral part of day-to-day operations.

“Especially in data science, with people coming in and going out so frequently, documentation makes the whole process a lot smoother,” said Vasu. “It's easier to have the person who built a process explaining how it works than it is to have someone come in blind and try to figure out what the code or model is trying to do.”

Despite his insistence on documentation, Vasu found that he and his team struggled to maintain that type of culture. They had an existing knowledge-base solution — it just didn’t perform as well as they hoped.

For example, the content editor was difficult to use and a chore to maintain. Vasu recalls, “Weird artifacts would pop up in our documents and articles.”

The search for an alternative began. The open-source Knowledge Repo by Airbnb was a step in the right direction, but still fell short.

Then Tim Jenkins, Director of Analytics and Data Science at Lucid Software, introduced Vasu to Slab.

“He said I think this might be what you’re looking for,” Vasu recalled. And it was. Almost immediately Vasu recognized a few key features he’d been unable to find before Slab, including markdown keyboard shortcuts.

And then there was Slab’s simple formatting.

“The overall look of [Slab] was clean,” Vasu said. “And it was just really easy to create content. One of the coolest things for me was pasting the URL for a Lucidchart document into Slab, and it automatically populated a diagram right into the document. I’ve shown that to a lot of people here [at Lucid], and they love it.”

Slab auto-populates links from other services as well, including Google Sheets, Asana tasks, and Invision mockups.

“One of the coolest things for me was pasting the URL for a Lucidchart document into Slab, and it automatically populated a diagram right into the document. I’ve shown that to a lot of people here [at Lucid], and they love it.” 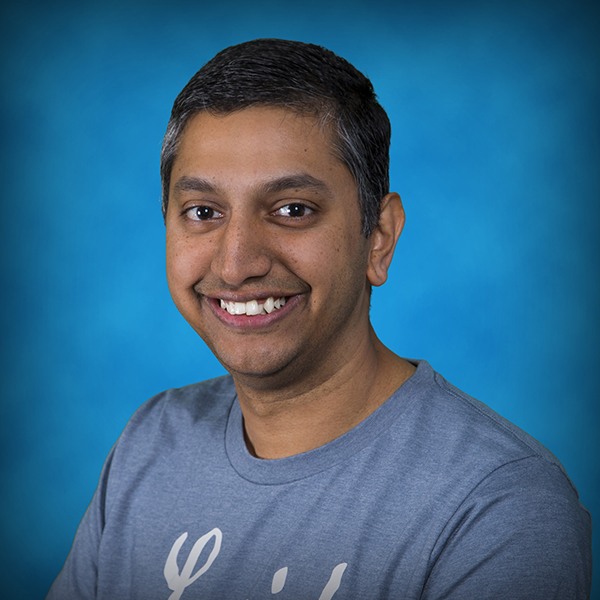 Documenting and Preserving Every Project

Slab plays an integral role in every one of Vasu's team projects.

While a project is in progress, Vasu and his team use existing processes and workflows to complete their tasks.

Once the project is complete, Vasu and his team summarize and preserve all critical findings inside Slab. And as Slab makes updating documents and notifying key stakeholders easy, his team continues to revise and refine these critical documents as needed — right inside Slab.

“I want any of our data scientists to come and pick up wherever another data scientist left off on the project. They need to know where the code is that they run, what the code does, and what other resources they need outside of that,” Vasu said. “Slab is where they write all that up.”

Vasu’s team doesn’t just use Slab at the end of a project, however.

“We store a lot of important onboarding and crucial steps for different parts of our overall process.”

How Lucid Software Uses Slab to Share Knowledge Across Teams

Slab makes it easy to share knowledge across an organization — no matter its size. Lucid Software quickly discovered how easy it is to adapt Slab to its unique needs. A few examples include:

Business Analysts use Slab when collaborating with product managers. Thanks to Slab’s Google integration, analysts can store their Google Slides within a Slab post, making it incredibly easy for team members to provide feedback in one central location.

The Business Intelligence Team stores important processes, such as crucial GDPR actions, inside Slab, ensuring the engineering team knows what steps to take to delete a user’s history.

Data Engineers track different ETL (Extract, Transform, and Load) processes in Slab and have documented the progress of apps in production.

Vasu also uses Slab to document tutorials and trainings for specific tools he wants his team to learn and master.

“With Slab, we have a lot more users really excited about using it,” he said. “It’s just an easier experience.”

“With Slab, we have a lot more users really excited about using it. It’s just an easier experience.”

Perfecting Processes With Slab — Even When the Knowledge Base Grows

Throughout any given project, Vasu and his team perform countless processes — each with a multitude of crucial steps.

Because of the sheer number of steps to complete, missing a few is almost inevitable. This is one of the many reasons why Vasu is a staunch believer in documentation. But even documentation has its limits when team members can’t find the answers they need.

As companies grow, so too do their knowledge-base documents. Before Slab, Vasu had to settle for the fairly rudimentary search capabilities of his team’s original knowledge-base solution.

With Slab, he can type in any query and find precisely what he needs — in seconds. That includes documents stored outside of Slab, including in Dropbox, Google Docs, and Slack.

Slab’s intuitiveness, sleek interface, and scalability have delivered a welcome byproduct to Vasu: since its implementation, he’s seen a jump in documentation, both inside his team and beyond.

How AvantStay Ended the Search for Information With Slab